The fundamental concepts and theory of integral and differential calculus, primarily the relationship between differentiation and integration, as well as their application to the solution of applied problems, were developed in the works of P. de Fermat, I. Newton and G. Leibniz at the end of the 17th century. 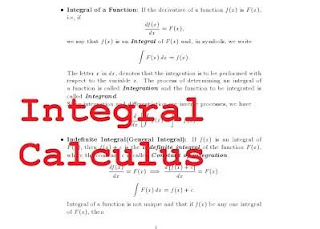 Their investigations were the beginning of an intensive development of mathematical analysis. The works of L. Euler, Jacob and Johann Bernoulli and J.L. Lagrange played an essential role in its creation in the 18th century. In the 19th century, in connection with the appearance of the notion of a limit, integral calculus achieved a logically complete form (in the works of A.L. Cauchy, B. Riemann and others). The development of the theory and methods of integral calculus took place at the end of 19th century and in the 20th century simultaneously with research into measure theory (cf. Measure), which plays an essential role in integral calculus.