Electrostatic:- It is a branch of physics that deals with the phenomena and properties of stationary or slow-moving electric charges with no acceleration.Coulomb’s Law:- It states that the electro-static force of attraction or repulsion between two charged bodies is directly proportional to the product of their charges and varies inversely as the square of the distance between the two bodies.F = Kq1q2/r2 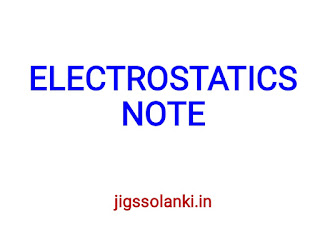