Electrochemistry is the branch of physical chemistry that studies the relationship between electricity, as a measurable and quantitative phenomenon, and identifiable chemical change, with either electricity considered an outcome of a particular chemical change or vice-versa. 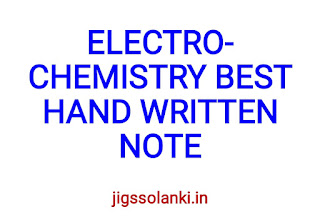