In organic chemistry, the term aromaticity is used to describe a cyclic (ring-shaped), planar (flat) molecule with a ring of resonance bonds that exhibits more stability than other geometric or connective arrangements with the same set of atoms. 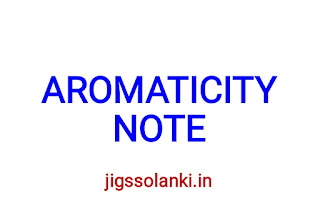 Aromatic molecules are very stable, and do not break apart easily to react with other substances. Organic compounds that are not aromatic are classified as aliphatic compounds—they might be cyclic, but only aromatic rings have special stability (low reactivity).

Since the most common aromatic compounds are derivatives of benzene (an aromatic hydrocarbon common in petroleum and its distillates), the word “aromatic” occasionally refers informally to benzene derivatives, and so it was first defined. Nevertheless, many non-benzene aromatic compounds exist. In living organisms, for example, the most common aromatic rings are the double-ringed bases in RNA and DNA. An aromatic functional group or other substituent is called an aryl group.